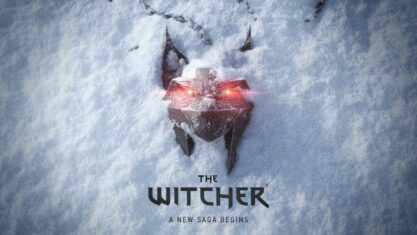 CD Projekt Red has announced The Witcher is officially in its pre-production phase and has assigned a large team to work on its development.

As part of the presentation of its financial results, CEO Adam Kiciński reveals that the new Witcher game is currently in pre-production. Last year, CD Projekt Red began its research for the game. Pre-production on The Witcher officially began in Q1 2022. Plus, Kiciński states the development team is now over 100 developers strong and is “really happy” with the project.

CD Projekt Red published a quick-hit overview of everything the studio is working on. While the video is in Polish, English subtitles are available for those curious.

During the presentation, Kiciński also touched on the studio’s decision to utilize Unreal Engine 5. Rather than develop The Witcher using its proprietary RED Engine, the studio is working with Epic Games developers to maximize the power of UE5. Kiciński believes that by doing so, the studio can effectively scale and create “powerful open-world RPGs.”

On top of a formal update on The Witcher‘s production, Kiciński discusses the current status of Cyberpunk 2077. The CEO claims that the impact of the game’s major Update 1.5 patch was “definitely positive” for sales and reception. In fact, based on data shown by the studio, the update resulted in many more console players.

Kiciński believes that many more players will be incentivized to play on PC and console upon Update 2.6 later this year. There is also the game’s major expansion, which CD Projekt Red slates for 2023. While a large portion of the studio has transitioned over to work on The Witcher, the majority of the studio is working on the Cyberpunk 2077 expansion.

Additionally, CD Projekt Red has taken the reigns on the production of The Witcher 3: Wild Hunt‘s next-gen update. Delayed out of Q2 2022, the studio claims the update is due to arrive in Q4 2022.

The post CD Projekt Red announces new entry in The Witcher series is in pre-production appeared first on CableFree TV.