Did Apple just trademark ‘realityOS’ ahead of WWDC? 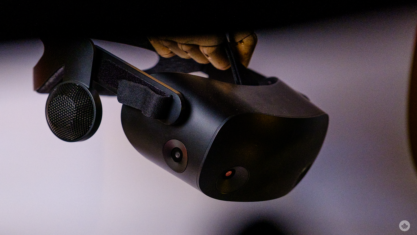 There have been rumours that Apple is getting closer to relating a mixed reality headset for a while now, and a new trademark filing for ‘REALITYOS’ might suggest that we’ll see this headset as soon as WWDC.

The trademark was filed by a company called ‘Realityo Systems LLC,’ which is assumed to be a fake company set up by Apple to hide its trademark filings. In the real world, we expect Apple to stylize the name of the operating system as ‘realityOS.

It cannot be a coincidence that the “realityOS” trademark owned by a company that seemingly doesn’t exist and is specifically for “wearable computer hardware” is being filed around the world on June 8, 2022 https://t.co/myoRbOvgJa + https://t.co/AH97r95EMn pic.twitter.com/uvsiZCj2rR

The trademark is set to get filed on June 8th, which coincides with WWDC, which runs from June 6th to 10th, suggesting that we may see some mention or even a demo of the mixed reality device at the event. The WWDC keynote will open the show on June 6th at 1pm ET.

There are even reports that Apple’s board was briefed on the new product and how it blends elements of VR and AR together to make a more compelling product than traditional VR headsets. Since the board is playing with the headset, it points to it being complete enough that Apple could show it off at WWDC.

Bloomberg‘s Mark Gurman seems a little skeptical that we’ll see the device or the software at WWDC. He usually has a good finger on the pulse of Apple announcements and has been sharing leaked information about iOS 16, but he might be playing things a little too safe this time.

Apple trademarked “realityOS” – the name of the operating system for its mixed reality headset (first reported in 2017: https://t.co/02VVG8tbDl

). I think the June 8 is likely a coincidence, but we are getting closer, especially given recent board demo https://t.co/CGmmstzsqy https://t.co/MFKMNiNTDq

The post Did Apple just trademark ‘realityOS’ ahead of WWDC? appeared first on CableFree TV.