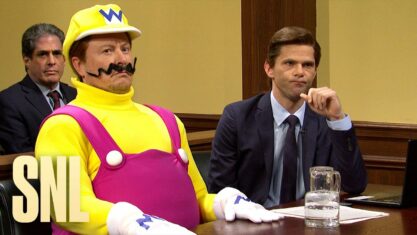 Tesla CEO Elon Musk had a tough day on Twitter. After posting an image and headline from a Hard Drive article without giving credit, Musk received some obvious pushback. This led to a rather embarrassing exchange for the future owner of the social media platform.

In a tweet, Musk posted an image from Hard Drive reading, “Zodiac Killer Letter Solved by Opening It With VLC Media Player.” Musk posted the image with the caption, “Nichememe” without any visible credit given to the writer or the outlet.

It wasn’t long until the Hard Drive account chimed in, requesting Musk to stop “cropping our names off our articles.” Musk responded and claimed it wasn’t him who posted the cropped image first. The Tesla CEO also tried to bag on Hard Drive and state it is “only a 6/10 meme.”

This back and forth continued over a few more interactions. The boiling point was Musk claiming Hard Drive’s satirical articles about him are “less funny than SNL on a bad day.” While posting a meme without crediting the creator was his first mistake, bringing up Saturday Night Live was certainly the biggest in the instance. This tee’d Hard Drive up for what would be the killing blow.

“Well you’re the expert on SNL’s bad days,” Hard Drive responded while posting an image of Musk dressed as sad Wario from his appearance on SNL last year. This was apparently the straw that broke the camel’s back as Musk later deleted his original post.

This should serve as a lesson for anyone stealing memes and content without crediting the creator. No one is exempt from the ubiquitous ‘mess around and find out’ rule on Twitter. Not even Musk, who is acquiring Twitter for $44 billion USD (roughly $56 billion CAD). Musk wishes to promote “free speech” on Twitter. Though, that doesn’t mean instances like this are free of consequences.

Russia must return full control of the ZNPP to Ukraine

Russia must return full control of the ZNPP to Ukraine