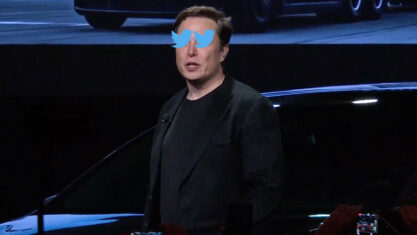 Elon Musk has put a temporary hold on his deal to buy Twitter, requesting details on claims that spam and fake account represent less than five percent of users.

Musk tweeted the news in the early morning hours Friday, linking to a May 2nd Reuters article detailing a Twitter filing of the fake and spam accounts.

“We have performed an internal review of a sample of accounts and estimate that the average of false or spam accounts during the first quarter of 2022 represented fewer than 5% of our mDAU during the quarter,” Twitter’s filing notes.

Hours after his original tweet linking to the article, Musk tweeted to confirm he’s “still committed to acquisition.”

A day before, Twitter CEO Parag Agrawal made several changes at the company, including firing Kayvon Beykpour, Twitter’s general manager of consumer products. Agrawal shared the news with staff in an internal email, The Verge reported.

It’s clear Twitter is preparing for the Musk take over, even though it has yet to be officially approved. Musk has plans to cut jobs and costs once the acquisition is complete.