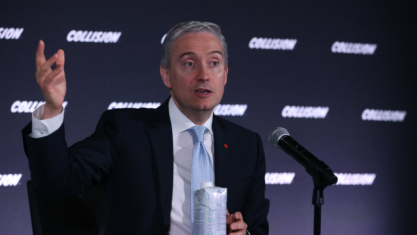 The Minister of Innovation, Science and Economic Development has laid down the rules for the 3800MHz spectrum auction set to take place next year.

According to a press release announcing the requirements, the rules include measures that will lead to competition and deploy services faster.

The government will impose large carriers providing services nationally to a 100MHz cap on the combined 3500MHz and 3800MHz spectrum they can obtain. They’ll also reserve 150MHz across the two spectrum bands for smaller carriers. The government will also subject service providers to deploy the spectrum in a timely fashion, or they might risk losing it.

“Today’s announcement of the new rules for the 3800MHz spectrum auction is an important step in our ongoing efforts to ensure Canadians have access to affordable and high-quality services from coast to coast to coast,” Minister François-Philippe Champagne said.

The government announced in 2021 that it would repurpose the spectrum to support 5G devices, following the auction of the 3500MHz spectrum last summer.

Rogers, Bell, Telus, and Vidéotron spent a collective $7 billion at the last auction. The Big Three rolled out access to the 3500MHz spectrum earlier this month.