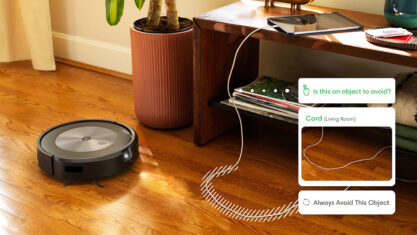 According to iRobot, its new operating system leverages over 20 million devices sold to gain a unique understanding of consumer home environments and an advanced computer vision platform. “As iRobot expands its ecosystem of connected robots and smart home devices, we are placing a strategic emphasis on superior software intelligence delivered on high-performance, beautifully designed hardware,” said Colin Angle, chairman and CEO of iRobot. “iRobot OS brings it all to life, enabling products that understand the home environment, respect customer preferences and intuitively connect with the smart home ecosystem to get the job done.”

The new OS improves iRobot’s devices and allows them to get smarter and clean effectively over time, while delivering new features that benefit pet owners and busy families. Like the company’s iRobot OS powered J7 and J7+, which can be set to not clean around a pet’s water bowl, avoid shoes, socks, cords, headphones, clothing, towels and solid pet waste. “With a computer vision platform that is currently able to recognize over 80 common objects, iRobot OS will continue enabling the Roomba j7 Series to identify and avoid even more objects in the future, letting customers not worry about cleaning up before the cleaning begins,” reads the company’s blog.

Further, according to the company, iRobot OS understands more voice commands than any other robot cleaner, with roughly 600 Alexa and Google Assistant commands supported, as well as Siri Shortcut Integration, along with specific cleaning commands, like “clean around the living room couch.”

The post iRobot’s iRobot OS allows its devices to get smarter over time appeared first on CableFree TV.