Long-abandoned Xbox Snap feature not expected to ever return 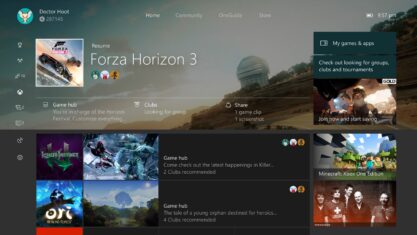 Microsoft all but confirms that its Xbox Snap feature is unlikely to ever return to consoles. The feature was once a standout during the early Xbox One days but has since been sunsetted.

On Twitter, a user under the guise of @DjSammyV wrote to Xbox engineering lead Eden Marie, requesting to see Xbox bring Snap back. Marie wrote back and provides a seemingly concrete future to the once-beloved feature. “While we all miss snap, I don’t think it’s coming back,” Marie says in her response.

While we all miss snap, I don't think it's coming back.

Xbox One launched with the Snap feature. This picture-in-picture mode enabled users to pin an app to the side of the screen while they played a game. For example, serious Achievement hunters would take advantage of Snap and have the Achievement app open, tracking progress. Alternatively, Snap enabled users to check out a live stream on Twitch while playing games at the same time.

Microsoft later abandoned Snap in 2017. At that time, the Xbox One saw a huge refresh in the overall UI. The Xbox dashboard was also cleaned up at that time. This same framework can be seen on the Xbox Series X/S today.

Unfortunately, the Xbox Snap did not make it through that refresh. The company previously attributes its retirement to the desire to improve the Xbox’s speed and resources.

Snap was never a widely adopted feature. That said, those who found a use for it were saddened at the time. Personally, I still wish it was a feature available now on current-gen systems. Though, judging by Marie’s statement, these wishes are likely futile.

The post Long-abandoned Xbox Snap feature not expected to ever return appeared first on CableFree TV.