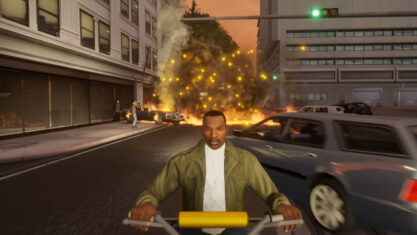 Following the poor reception of Grand Theft Auto: The Trilogy – The Definitive Edition, Rockstar Games has reportedly shelved plans for remasters of GTA IV and Red Dead Redemption, according to information received by Kotaku.

When Rockstar released the Grand Theft Auto: The Trilogy – The Definitive Edition in November 2021, the game was laden with weird and confusing visual changes, graphical glitches, bugs and other problems that resulted in an overall poor state. Now, it seems like instead of spending time on another remaster, Rockstar will devote its attention to the long-requested Grand Theft Auto 6.

As per a reliable source with clear accuracy on Rockstar plans, remasters of GTA IV & RDR1 were on the table a few years ago, but Rockstar chose not to proceed with the projects in mind.

The poor reception of the Trilogy DE might be a reason behind that decision.#GTAIV #RDR1

Kotaku seconded Tez2’s claims, saying that according to sources with knowledge of Rockstar’s plans, the “publisher is hoping that folks will forget all about the critically panned and botched classic GTA remasters released last year while it focuses most of its resources and energy on its next big game, Grand Theft Auto 6.” While not much is known about the game, Rockstar did confirm back in February that the title is in development.

“With the unprecedented longevity of GTA V, we know many of you have been asking us about a new entry in the Grand Theft Auto series. With every new project we embark on, our goal is always to significantly move beyond what we have previously delivered — and we are pleased to confirm that active development for the next entry in the Grand Theft Auto series is well underway,” said Rockstar at the time.

That being said, while plans for Red Dead Redemption and GTA IV remasters have been put on the back burner, according to Kotaku’s source, these remakes aren’t “out of scope,” and Rockstar may continue development on them once GTA VI is out.

No missile attack from Russia will go unanswered.

Latest on the situation in Ukraine on August 20, 2022: excavated graves, execution of mercenaries and the gas pipeline dilemma

No missile attack from Russia will go unanswered.

Latest on the situation in Ukraine on August 20, 2022: excavated graves, execution of mercenaries and the gas pipeline dilemma