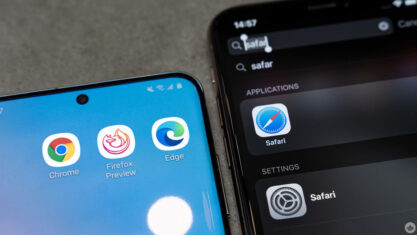 A new atlasVPN report reveals that Apple’s Safari web browser has crossed the one billion user mark, becoming the second browser to ever achieve the feat.

The report suggests that Safari has about 1,006,232,879 users, which makes up about 19.16 percent of all internet users. “The statistics are based on the GlobalStats browser market share percentage, which was then converted into numbers using the Internet World Stats internet user metric to retrieve the exact numbers,” reads the report.

While Safari has come a long way since its early day, it still has a lot of catching up to do. Google Chrome still retains the browser market leader crown, with over 3.3 billion users. Microsoft’s Edge comes in at third with 212 million users, followed by Firefox, Samsung Internet and Opera with 179 million, 149 million and 108 million users, respectively.

While Microsoft Edge recently took over the second most popular browser spot from Safari, that has yet to appear in its userbase.

Apple’s Safari comes automatically installed on every iPhone and Mac computer, giving Apple an advantage in terms of what browser software customers will use. Similarly, almost all Android devices come with Chrome pre-installed, giving it an edge that is clearly visible in the userbase disparity.

With WWDC 2022 fast approaching, Apple may reveal even more new features and improvements for Safari packed in its new iOS 16, iPadOS 16, and macOS 13.