Samsung shows off its 200-megapixel sensor with very large picture 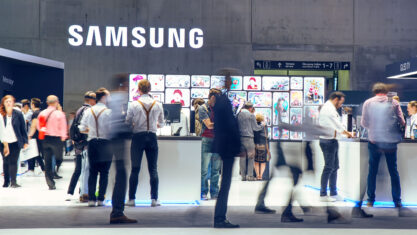 Last year, Samsung unveiled its 200-megapixel image sensor for smartphones, the ISOCELL HP1. While it’s rumoured that Motorola’s upcoming flagship handset will feature the sensor, Samsung is now giving the world a first look at it in action.

The company printed a 28-meter-wide and 22-meter high photograph using the camera module. Samsung says that it went all out with a 200-megapixel sensor, but that it’s still under development.

“I have always wondered just how big you could go when it comes to printing out a 200MP image,” said Minhyuk Lee, an engineer from the team at Samsung’s System LSI Business”

Samsung also printed a 616 square meter image on twelve different 2.3-meter-long pieces of fabric and stitched it together.

While it won’t have the picture quality to print out 28 x 22 meter wide photographs, it will result in brighter images and thus giving us some of the best nighttime photography we’ve ever seen.

Samsung will probably wait to put this sensor in its Galaxy S23 series next year.