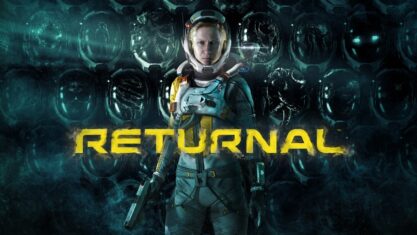 Sony is planning to launch half of its games on PC and mobile by 2025. In an effort to expand its current reach, the company is committing to service players outside of its console ecosystem.

In the company’s 2022 business briefing, Sony Interacting Entertainment’s president touched on the evolution of the company’s portfolio. Identifying that while Sony has historically delivered a number of “narrative rich, graphically beautiful single-player games,” Sony has only tapped a portion of the market.

“By expanding to PC and mobile, and it must be said… also to live services, we have the opportunity to move from a situation of being present in a very narrow segment of the overall gaming software market, to being present pretty much everywhere,” Ryan said (via VideoGamesChronical).

The cogs of this expansion are already in motion on PC. SIE has brought the likes of Horizon Zero Dawn, Days Gone and recently, God of War to the platform. The company is reaching a brand new audience with each release. Sony has also seen growth in sales of PC. When compared to the $80 million USD (roughly $102 million CAD) in net sales from 2021, Sony’s seen growth reaching $300 million USD (about $383 million CAD) in 2022.

This upward trend is understandable quite the incentive for Sony to invest more into PC, bringing more of its first-party titles to the platform. In fact, recent reports point to what the next major Sony game to reach PC may be. For example, a SteamDB page hints that Returnal may arrive on PC.

On top of its goals for PC, mobile platforms are also a focus for Sony. The company states that it plans to release mobile games and will co-develop titles with existing mobile developers. However, there’s no indication when its plans for mobile will start to come to fruition.

Outside of platform expansion, SIE is also tapping further into live service titles. The company aims to have up to 12 live service franchises in operation by 2025. Including, MLB The Show 2022, Sony aims to have three live service games launch in its 2022 fiscal year. The remaining two are unannounced projects, however.

Source: Sony Via: The Verge

The post Sony plans to have half its games on PC and mobile platforms by 2025 appeared first on CableFreeTV.