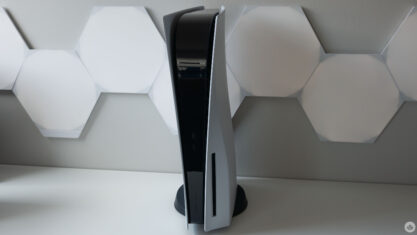 Demand for the PlayStation 5 continues to rise and Sony is committing to upscaling the production of the console. Sony Interactive Entertainment president Jim Ryan says the company is ramping up production to levels “never achieved before.”

In its 2022 business briefing, Ryan discussed that Sony aims to close the gap between PlayStation 4 and PlayStation 5 sales this year. As COVID-19 greatly affected supply chains across the board, it has been difficult for many to get their hands on a PlayStation 5.

The demand for PlayStation 5 is rather unprecedented, albeit not surprising. Sony’s data shows that the company is able to sell 80,000 PlayStation 5 consoles in 82 minutes. Currently, it takes nine days to sell the same amount of PlayStation 4 units. As the company expects supply chain shortages to ease up throughout the year, Sony expects to be able to produce more units.

However, Sony is aware that the ongoing conflict between Russia and Ukraine may affect the ability to secure parts and logistics. In order to avoid further disruptions, Sony is sourcing components from multiple suppliers. The company believes this will result in “greater agility in unstable market conditions.”

Within the briefing, Ryan states that Sony is “planning for heavy further increases in console production, taking to production levels that never achieved before.” This will follow after an initial ramp-up this year. Earlier this year, Sony confirmed that it planned to produce more PlayStation 4 units as the PlayStation 5 shortage continued. At the time, the company announced a plan to produce roughly one million PlayStation 4 consoles.

The landscape of supply chains continues to fluctuate. Regions around the world continue to face lockdowns and other barriers due to COVID-19. It’s difficult to say how many PlayStation 5s will be made available this quarter and the rest of the year.

As this console generation continues, meeting the demand of players will be of the utmost importance for Sony. This is especially true if it hopes the PlayStation 5 will surpass the PlayStation 4’s 117.2 million units sold.

The post Sony plans to scale up its PlayStation 5 production to meet the high demand appeared first on CableFreeTV.