TSMC to manufacture Apple’s A16 Bionic chip for iPhone 14 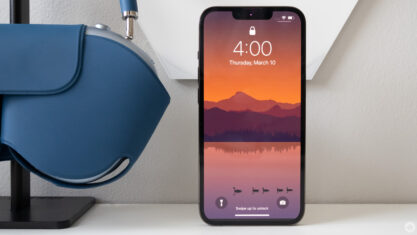 Apple is once again working with Taiwan Semiconductor Manufacturing Company (TSMC) to develop the upcoming A16 Bionic chip for iPhone 14.

Ahead of its expected launch this fall, TSMC is tasked with manufacturing the new chipset powering the iPhone 14. TF International Securities Apple analyst Ming-Chi Kuo spotted the manufacturer’s published roadmap, indicating the news. According to Kuo, TSMC is manufacturing the chip on the same fab process as the current A15.

In addition, Kuo believes that TSMC will only be making minor improvements to Apple’s A16 Bionic chip. Previously, rumours indicated that only the Pro models of the iPhone 14 feature the A16. The base model of the upcoming iPhone lineup may only support the existing A15 Bionic chip.

In addition, Kuo believes that the next-gen MacBook Air will unfortunately not feature the rumoured M2 chip. Instead, the device will maintain support for the M1, given that the M2 may not be available until 2023.

There’s no official word on when Apple intends to reveal nor launch the iPhone 14. Historically, Apple opts to hold a September event, where it showcases the new flagship device in full.

However, recent reports claim some iPhone 14 models could face a delay due to supply chain issues. Whatever the outcome, it won’t be long until we get a full understanding of Apple’s plans for its new line of devices.

The post TSMC to manufacture Apple’s A16 Bionic chip for iPhone 14 appeared first on CableFree TV.